Skinwalker Transparency and Burden of Proof

The Uintah County Sheriff's Office (UCSO) issued a response to a records request that it shows no record or contact at the property popularly known as Skinwalker Ranch. Records are no longer kept on file that date earlier than 2007, the UCSO added in its response dated July 7. The request specifically sought all records cross-referencing or pertaining to Skinwalker Ranch, Sherman Ranch, Myers Ranch and/or the physical address of the property, which was provided in the request, with a date range of 1983 to present. 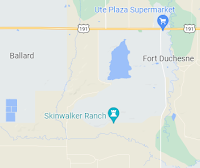 The inquiry resulted from a June Twitter exchange with Brandon Fugal, in which the current ranch owner and television personality alluded to law enforcement responses to the property reportedly taking place during the 1980s. Following requests for citations, Fugal provided a link to an interview of an apparent former Uintah County Deputy Sheriff, Kris Porritt. I indicated I was interested in original law enforcement reports resulting from any such police responses, as compared to witness testimony. Fugal then provided me with the contact info of an associate he suggested I contact for further inquiry.

I subsequently had a series of email exchanges with the individual, who initially offered to speak by phone. I advised that I may not require that much of their time and attention, further explaining I was seeking either law enforcement records or information to assist me in submitting a request for such records. They clarified they do not have any police reports.

At my request, Fugal's associate helpfully provided additional information that would potentially support an effective records inquiry. It was after my email exchange with them that the request was submitted to the Uintah County Sheriff's Office. The person asked me to inform them of results, to which I agreed.

Saturday I emailed the individual a copy of the response from the UCSO and offered them an opportunity to comment for this blogpost. They responded that they respectfully do not wish to comment, nor do they give consent to use their name or any information they shared regarding the ranch. I opt to honor their request, curious as the circumstances may be.

The irony of the turn of events is rather striking, given Fugal's consistent claims of transparency, combined with the fact it was he who recommended in the first place I consult his associate concerning my search for law enforcement records. In the event you're wondering, the information shared with me was not shockingly damning by any means, but suffice it to say neither did it strongly support urban legends associated with police calls to Skinwalker Ranch.

It was after I provided both Fugal and his associate the UCSO response, and after I informed Fugal of aspects of the email exchange with his associate (in order to offer Fugal an opportunity to comment on the specific circumstances), that the individual - who initially offered to speak by phone - advised me of their request to neither be named nor quoted. We can only speculate exactly how that evolved.

Offered an opportunity to address the circumstances, Fugal responded in a long message that he spoke to his associate and indicated they are concerned I have a "clear negative bias." According to Fugal, they therefore do not want their name associated with an attempt to disparage witnesses. Fugal suggested he applauds what I do "relative to calling out people who are exploiting the phenomenon or spreading disinformation and lies," yet alternatively went on to state I give voice to people who hide behind a cloak of hypocritical skepticism or self-righteous critical thinking. Some, he stated, are clearly dishonest. He also stated he hopes I am honest and not a disinformation agent.

Fugal was obviously much less inhibited about commenting than the person who will remain nameless who he initially recommended I hit up for info. Directing our attention back to his original statements about law enforcement records, Fugal stated the lack of corroborating records "doesn't make the fact that [Porritt] went on record regarding the multiple events that occurred and his relationship with Ken Myers any less real or true. For instance, I have closed billions of dollars of transactions going back to 1991, but in countless cases couldn't give you the exact dates of groundbreaking events, transactions closing or key meetings with leaders structuring some of the most important business deals in the Intermountain West. My testimony and track record stands."

I'll let the reader decide the tenability of the argument. Fugal further asserted they have interviewed other law enforcement professionals who "recall responding to incidents in the area" that predate the Sherman and Bigelow era.

"Furthermore," Fugal continued, "we have an interview with a respected professional who had a firsthand experience coming on to the ranch in 1984, who did provide exact dates, who happened upon a freshly surgically dissected cow in the same area on the property that other strange incidents have occurred in the field just south of Homestead 1."

The apparent respected professional and an accompanying friend were so disturbed, Fugal continued, they promptly reported the circumstances to law enforcement. Fugal hopes to obtain permission to release the account to the public, along with what he described as additional witness testimony, seemingly either ignoring or oblivious to the relative lack of value such material has to a more discerning research community not under the ether of Skinwalker lore.

Similarly, Fugal explained how a member of his security detail interviewed many retired officers who attest to strange and disturbing activity. Their accounts go back many decades, he contends.

"Since I know you have a tendency to give weight and voice to the criticism of people with no credibility or credentials, I encourage you to continue to interact with people who actually know what they are talking about. My professional track record and history is unimpeachable, as is the case with my principal investigator/physicist, ranch manager, law enforcement & superintendent."

Fugal's remark about me giving a voice to criticism may be related to my willingness to explore the arguments of those which include James Carrion. Fugal has previously expressed disappointment to me specifically about my interest in Carrion's perspectives. I identify Carrion's criticism of the Skinwalker saga and television series as worthy of consideration, particularly in the context of Fugal's persistent suggestions the show portrays legitimate scientific study. Related posts may be found at Carrion's blog in addition to the example linked above.

What would Fugal say to people who might feel he is attempting to stack the deck by suggesting he has documentation of law enforcement responses while no actual records of such responses, or what was originally recorded in them, is available?

"Transcribed interviews & testimony from former law enforcement stating they responded to incidents on the ranch in the mid-1980s constitutes documentation. We have verified that the people involved and cited were indeed acting in that capacity during that timeframe and have no reason to doubt their testimony or credibility. Although you were unable to obtain the actual records from the Sheriff’s office from that time period, you cannot say that the events did not occur."

Fugal directly denied he is trying to stack the deck, continuing, "My own firsthand experience (with multiple witnesses) coupled with countless events with data involving 3rd party experts has proven (so far) there is no conventional, prosaic explanation for past & present extraordinary events at Skinwalker Ranch. I respectfully request that you take a balanced view and appreciate you giving me the opportunity to respond & address your questions." 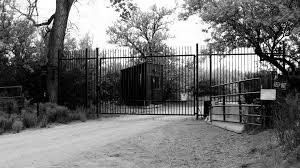 There are a number of people in addition to James Carrion who challenge several aspects of Brandon Fugal's stated positions, and one of those people is Erica Lukes. The outspoken host of UFO Classified understands the winding Skinwalker saga and personally knows the players about as well as anybody who rolls the UFO dice.

"When bold claims are made about a particular location having an excessive number of paranormal phenomena, the expectation for me is that they are not just narrative tall tales but are well-documented, testable events," Lukes responded. "Can the anomalous nature of these events be demonstrated beyond 'they came without warning and left without warning' that we always seem to get in such reporting?

"If they can’t rise above the usual level of narrative story-telling, there is a presumption that errors can be introduced into the events. After all, the usual method of relating the details is done verbally from the mouths of human beings, a notoriously flawed means of recording transient events. It’s a mistake to accept verbal testimony at face value without extensive testing of that information by means of questions designed to assess the accuracy and consistency of the related information."

Some people don't see the issue as a matter of verifying claims, but suggest those who do not unquestioningly embrace the stories must be calling the supporters of those stories frauds. What would she say to them?

"No, not frauds, at least initially," Lukes explained. "Fraud comes from deliberate intent to deceive. Supporters of the claims can simply be accepting bad information by not exercising due diligence at considering all the more possible mundane explanations before opting towards the unusual, sensational ones."

What does Lukes think is most important for people to keep in mind when considering claims associated with the ranch?

"It's critical to understand that as with any extraordinary assertions, the burden of proof is on those making the assertions and not on those raising questions about them. That is real science."

The lack of significant documentation of sensational Skinwalker claims continues to haunt the saga worse than a hitchhiking bipedal wolf. While a valid argument can be made that a lack of UCSO records does not completely negate the testimony of Porritt, the fact remains law enforcement visits to the ranch cannot be verified. More importantly, the extent anyone may have originally perceived the events as extraordinary cannot be verified. We are unable to examine descriptions of events and the interpretations of those involved as may have been entered into original police reports. This does not allow us to compare those reports to the possibly dramatic narrations recorded decades later for an entertainment-based television show. It seems the UFO subculture indeed often needs to be reminded the burden of proof is on the claimant.

As observable in various internet spaces, a concerning aspect of the online Skinwalker fan base and cast is their tendency to sensationalize until checked. They then encourage more patience for ongoing investigations, as if they have not been suggesting all along a supernatural presence is a foregone conclusion. They are promoting conclusions; many of them only deny it and urge suspension of judgment when called on it.

Investigations, by definition, must include systematic examination. That is particularly the case if framed as scientific activity.

One might get the idea the faithful would never tap the brakes if their claims went entirely unchallenged. When challenged, a typical response is to act as if a request for proportionate evidence is unreasonable, as if anything less than extending limitless patience and unquestioning belief is a disrespectful personal attack. All of this without so much as forming a hypothesis, identifying a sustained research objective, or proposing how progress will be measured. We're in for a long wait under such conditions.