The Defense Intelligence Agency filled three more FOIA requests Friday, bringing to five the number of final responses issued this week on requests pertaining to AAWSAP-related material. The Advanced Aerospace Weapon Systems Application Program has been confused with a variety of project names, and even the purpose and scope of the program are matters of debate. Ongoing FOIA requests have been used to clarify matters, and among the items emerging as most significant may be the absence of select records and terms. 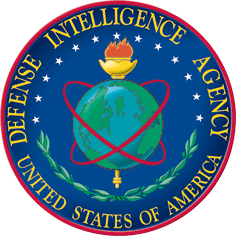 The latest three FOIA releases include a response consisting of eight files containing 52 pages, along with the DIA letter of response. The material is uploaded to a folder for viewing.

It was issued in response to a May 2018 request for documents pertaining to the AAWSAP Solicitation HHM402-08-R-0211, including proposals funded, project updates, reports submitted, contractual records, a list of funding recipients, amounts of funds awarded, budgets, and related documents. The majority of requested records are absent, in spite of references to detailed reports in "briefing" documents, the purposes of which might be interpreted more as sales pitches than objective assessments.

Perhaps most noteworthy are memos referencing Sen. Harry Reid, in which a lack of shared vision is expressed. In one particular November 2009 memo it is entirely unclear if the DIA understands what AAWSAP personnel are doing or why the Senator might request Special Access Program status, which was not granted: DIA likewise issued a response on Friday of several files to an April 2018 request for similar AAWSAP material, as well as some files in response to a December 2017 request for AATIP records. Some of the material is repetitive, while a lack of budgets, project reports, expenses, and similar principal records, although specifically requested, is a recurring theme. Various types of project reports are mentioned in the material provided, but no such specific reports are included in the documents, perhaps raising questions about their whereabouts and value.

It should be noted the DIA continues to advise that it is reviewing all of its AATIP holdings. The material is estimated to be released in approximately December 2022, but it is not clear how that might differ from what has been requested and provided.

The two DIA responses as described in a blogpost earlier this week are uploaded to a folder, containing two response letters and five files. All contracts undertaken with and funding provided to Bigelow Aerospace Advanced Space Studies were requested, resulting in one of the final responses and the five files.

The other was in regards to an October 2021 request for a 360-page report, "Utah Ranch Investigation: August 2009-February 2010". The document was referenced by former DIA man James Lacatski and co-authors in the purportedly nonfiction book Skinwalkers at the Pentagon, and said to have been delivered to DIA in 2010.

"Based on the information contained in your request, DIA searched its systems of records for responsive documents," the DIA explained. "Despite a thorough search, no documents responsive to your request were found."

Below are previous blogposts depicting additional FOIA responses and items of note obtained in recent years and related to circumstances surrounding the AAWSAP. As information continues to become available, perhaps the overall picture comes more into focus.

DIA: No Docs on NIDS was a 2018 post explaining the Defense Intelligence Agency reported no documents responsive to contracts undertaken with and funding provided to Robert Bigelow's National Institute for Discovery Science. The nonprofit organization was known for controversial UFO investigations, including purported research conducted at what became known as the Skinwalker Ranch. NIDS operated from approximately 1995 to 2004, at which time it was dissolved.

In a 2019 post we explored a 2011 FOIA response provided to an independent researcher and pertaining to the AAWSAP. A subsequent DIA response to a FOIA request for the records released in 2011 resulted in confirmation that Bigelow Aerospace Advanced Space Studies was awarded an AAWSAP contract.

In June of 2021 the DIA responded it found no correspondence, such as emails or memos, exchanged between Luis Elizondo and the DIA pertaining to the Advanced Aerospace Threat Identification Program. Pentagon spokesperson Susan Gough emphasized the DIA managed the AATIP and that Luis Elizondo was not assigned to the DIA. Elizondo did not respond to an opportunity to provide comment for potential inclusion in the blogpost.

Soon afterward, in July 2021, Government Information Specialist Raymond Hartwick indicated the Office of the Secretary of Defense had no records pertaining to the AATIP in response to a request for same. He recommended records be sought from DIA. When advised Elizondo and his associates asserted Elizondo ran the AATIP after it was transferred from DIA to the Office of the Under Secretary of Defense for Intelligence, Hartwick checked with his "components" before reiterating requests should be directed to DIA. "The AATIP was managed by DIA from 2008 until it ended in 2012," he wrote.